One of the many questions I almost always get when talking to organizations about RPA -the other one I covered in the column about Automation Anxiety-: Isn’t RPA just a band aid?

Well, it is and it is not. Maybe it’s even like stitches.

Patching with a band-aid has an important role

Do you remember the time you fell and hurt yourself? Or maybe it was your child or grandchild. You hit your knee tripping over something while playing outside. And the knee was bleeding. Taking care of a wound is one of the things you would do, right? You try to calm the little boy or girl with a soothing voice. Clean the wound and yes… patch it with a band aid. Maybe Mickey Mouse-style for some extra swag 🙂

Was the band aid needed? Some wounds seem to heal faster with no patching at all. We are equipped with an awesome mechanism with an amazing way to create a natural band aid. A crust is shaped in a multi-staged, well organized process of stopping the bleeding: hemostasis.

If the cut is deeper you might need stitches to support your body in the healing process. There are all sorts of stitches. Some need to be removed by a physician before the healing can really happen, and some stitches dissolve over time. 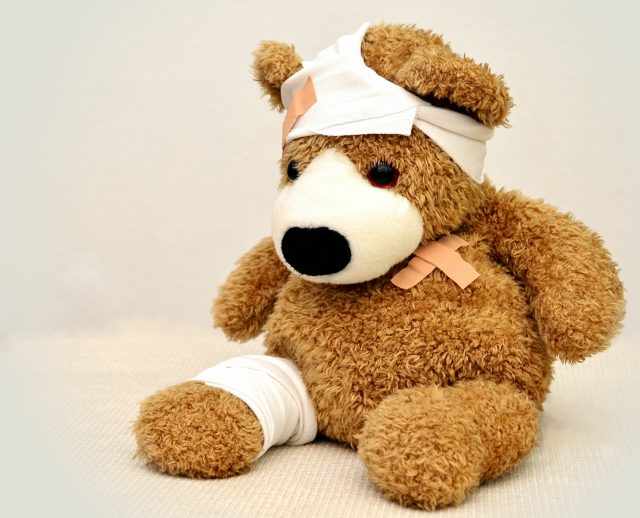 Did your organization hit its knee? Or is it worse?

OK, back to automation. Organizations are often bleeding. Bleeding, because at some point they have accepted that inefficient processes are just the way they do things around here.

They might work from old-school principles in which siloes, or worse unofficial Kingdoms, are actually hurting each other instead of collaborating to avoid waste (bleeding) in the processes. And maybe there is a reflex to have lengthy discussions, instead of a getting-things-done mentality. Not working from the same purpose but with another agenda. Another tool. Another target. Another or too vague a target architecture.

If there is a digital lean mechanism in the body, being your organization, with a sophisticated and transparent Demming cycle like-approach, cool! The bleeding will be stopped. But if there are hours and hours to be saved because of the open wound of tedious repetitive administrative tasks it is evident: start patching, start stitching- otherwise you will continue to bleed. Weakening the organization.

So yes you could say RPA is a band aid or a stitch. Shouldn’t this be solved by our current application landscape? I always state: yes -if it’s possible. But what if, with RPA, we could start saving time now? Improving the process now! Collecting data now! Structure collaboration now! And define how the interfacing of applications and teams work and the value case or business case has a solid Return On Investment or a solid Return On Experience: Please start patching or stitching now! Don’t wait for the Big Design Upfront approach to be ready. Or the next costly IT project.

If you have a solid approach to RPA you will stop the bleeding, in a way the company will only benefit from. Connect it to your company’s purpose. The conversation starts around improving processes. Long hidden treasures will surface. Be prepared for future innovations with streamlined and automation-focused processes as an important “side-effect”. Unlocking the potential of what Robotic Process Automation can bring to every organization: taking the robot out of the human so they can heal the company, meeting the company’s purpose while having fun doing it.

The question: ‘Isn’t RPA just a band aid’ maybe suggests you don’t need to do it. But you do need to do it … if you are bleeding. Until the body is able to take over.